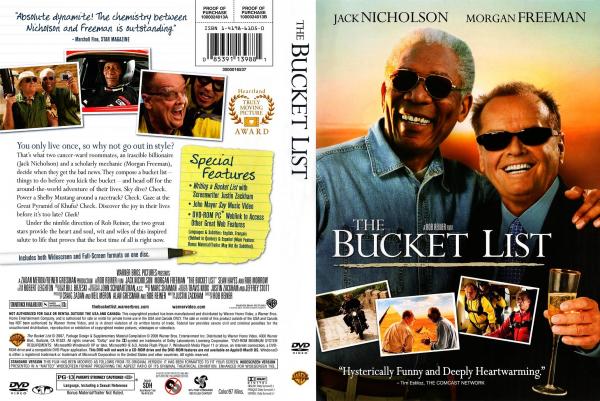 It is difficult to understand the sum of a person’s life. Some people will tell you it’s measured by the ones left behind. Some believe it can be measured in faith. Some say by love. Other folks say life has no meaning at all

Corporate billionaire Edward Cole and working class mechanic Carter Chambers have nothing in common except for their terminal illnesses. While sharing a hospital room together, they decide to leave it and do all the things they have ever wanted to do before they die according to their bucket list. In the process, both of them heal each other, become unlikely friends, and ultimately find joy in life

An endearing film that will bring you to tears and have you cherishing every relationship and day you have. 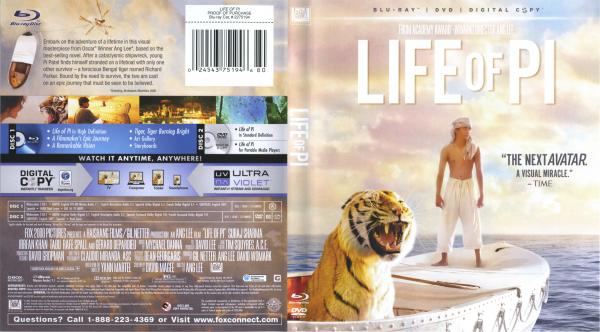 Doubt is useful. It keeps faith a living thing. After all, you cannot know the strength of your faith until it has been tested.

A young man who survives a disaster at sea is hurtled into an epic journey of adventure and discovery. While cast away, he forms an unexpected connection with another survivor: a fearsome Bengal tiger.

This movie is to be seen and experienced. It is not to be heard. 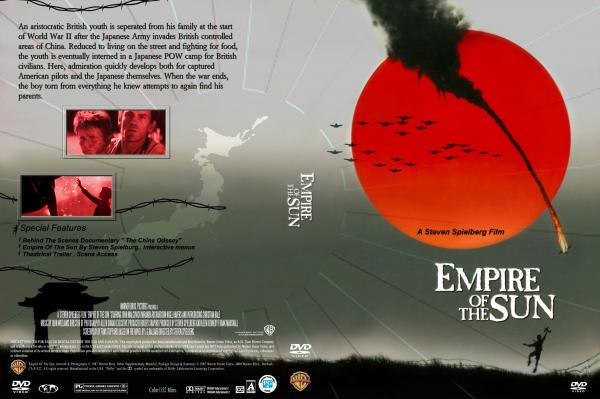 “It’s at the beginning and end of war that we have to watch out. In between, it’s like a country club.”

The images in Empire are beautiful to look at, the movie is thought provoking and provide some history lesson, if somewhat fantasy and sacrine sweet. A behind the scenes war movie with heart. My favourite Spielberg movie and in my top 15 of all time. 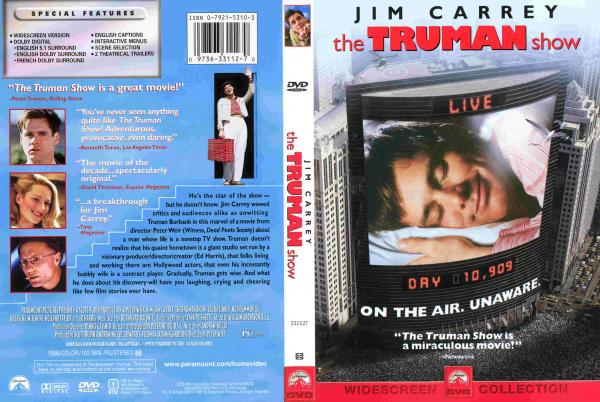 “Truman Burbank: Was nothing real?

Christof: You were real… that’s what make you so good to watch. **””

An insurance salesman/adjuster discovers his entire life is actually a T.V. show. *

Gripes aside, this is an extraordinary and highly original film that really is worth seeing several times to fully understand the director’s message. It doesn’t even matter if you never liked Jim Carrey before. You will now. * 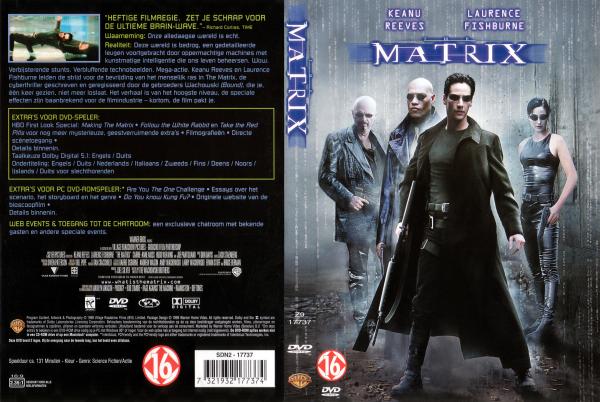 A computer hacker learns from mysterious rebels about the true nature of his reality and his role in the war against its controllers.

Its fast paced, action packed and really interesting to watch. Its a great concept and an interesting storyline that i thoroughly enjoyed. its a great sci-fi thats worth the watch. 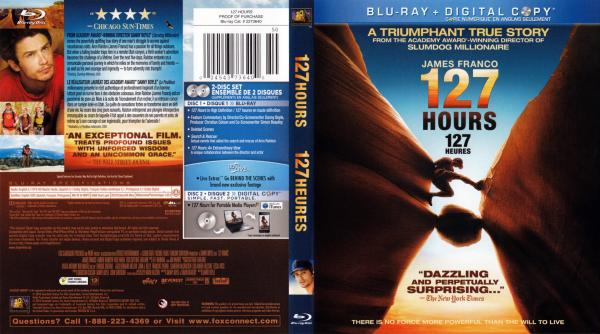 “I’ve been moving towards it my entire life. The minute I was born, every breath that I’ve taken, every action has been leading me to this crack on the out surface.**”

An adventurous mountain climber becomes trapped under a boulder while canyoneering alone near Moab, Utah and resorts to desperate measures in order to survive.

It’s an incredible performance by Franco, walking the line between what once was enthusiasm but now is manic desperation.** 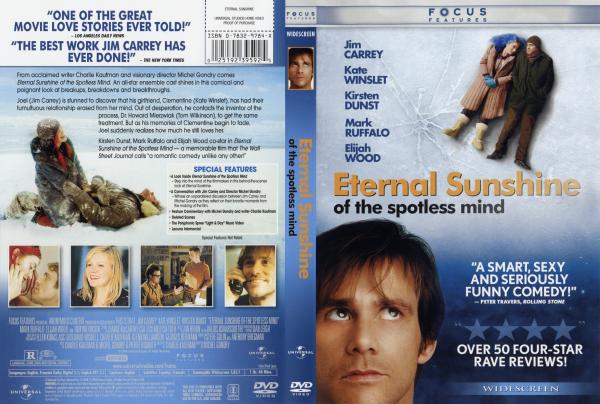 “Why do I fall in love with every woman I see who shows me the least bit of attention?*”

Sinopsis : When their relationship turns sour, a couple undergoes a procedure to have each other erased from their memories. But it is only through the process of loss that they discover what they had to begin with. *

Review : Eternal is a definite marvel, a feat in itself. its rich and flamboyant yet fragile. it brings the audience to such a personal level it hurts. especially when both cant seem to escape from the erasure. * 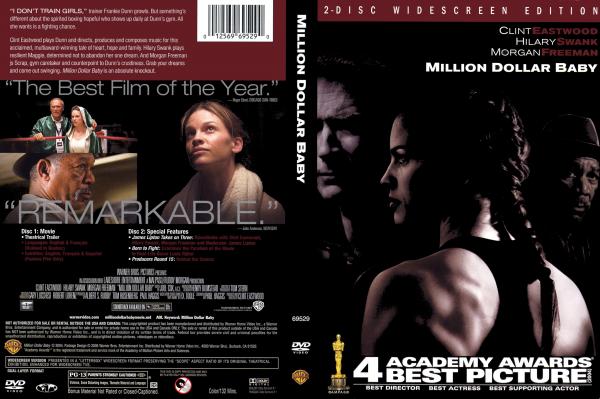 “If there’s magic in boxing, it’s the magic of fighting battles beyond endurance, beyond cracked ribs, ruptured kidneys and detached retinas. It’s the magic of risking everything for a dream that nobody sees but you.”

Sinopsis : A determined woman works with a hardened boxing trainer to become a professional. *

Review : I loved first and foremost its message that we create ourselves through our drive, loyalty, ambition, dedication, and work. * 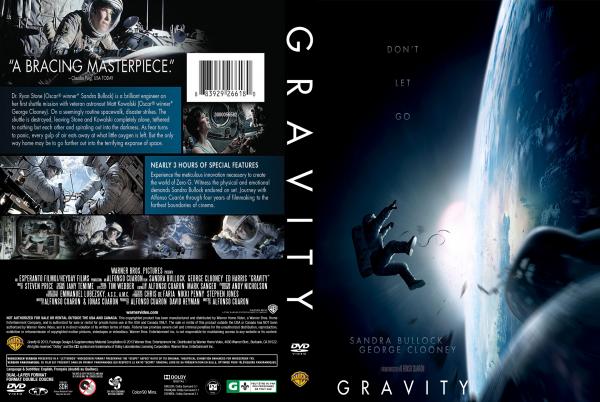 “At 600KM above planet Earth the temperature fluctuates between +258 and -148 degrees Fahrenheit. There is nothing to carry sound. No air pressure. No oxygen. Life in space is impossible.”

Sinopsis : A medical engineer and an astronaut work together to survive after an accident leaves them adrift in space.

Review : One of the greatest man-versus-nature movies in cinematic history. 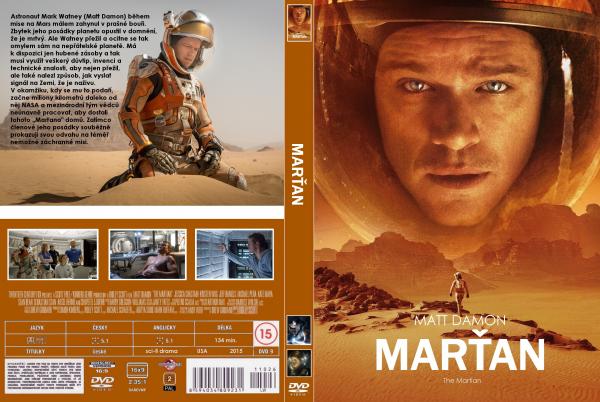 I admit it’s fatally dangerous, but I’d get to fly around like Iron Man.

Sinopsis : During a manned mission to Mars, Astronaut Mark Watney is presumed dead after a fierce storm and left behind by his crew. But Watney has survived and finds himself stranded and alone on the hostile planet. With only meager supplies, he must draw upon his ingenuity, wit and spirit to subsist and find a way to signal to Earth that he is alive.

Review : Charming and exciting without ever losing sight of its tale of humanity, and science. 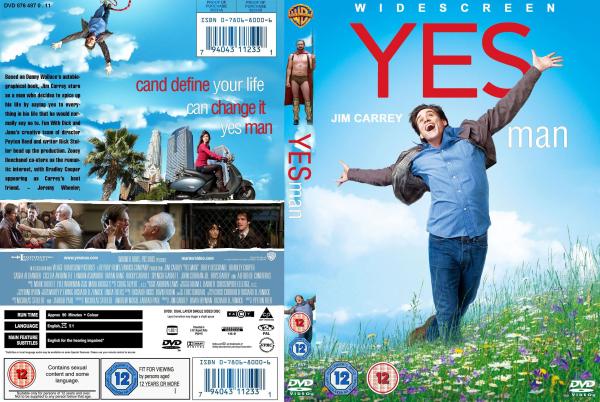 The world’s a playground. You know that when you are a kid, but somewhere along the way everyone forgets it. *

Sinopsis : A guy challenges himself to say “yes” to everything for an entire year.

Review : As self-help comedy, the movie is no more overdetermined than its own highbrow counterpart, Happy-Go-Lucky. ** 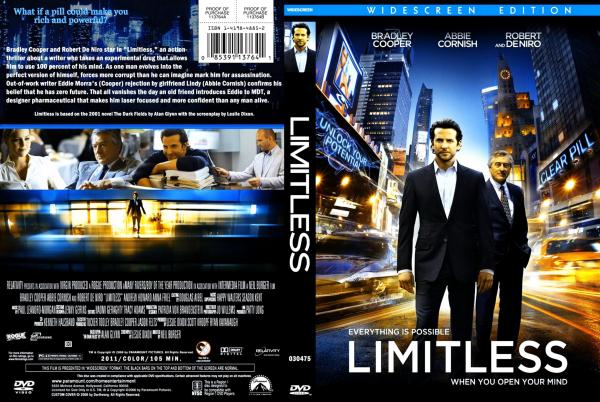 Your powers are a gift from God or whoever the hell wrote your life script.

Sinopsis : With the help of a mysterious pill that enables the user to access 100 percent of his brain abilities, a struggling writer becomes a financial wizard, but it also puts him in a new world with lots of dangers.

You got a dream… You gotta protect it. People can’t do somethin’ themselves, they wanna tell you you can’t do it. If you want somethin’, go get it. Period.

Sinopsis : A struggling salesman takes custody of his son as he’s poised to begin a life-changing professional endeavor.

Review : Few films so convincingly portray the titanic struggle that some people face day in and day out just to survive. 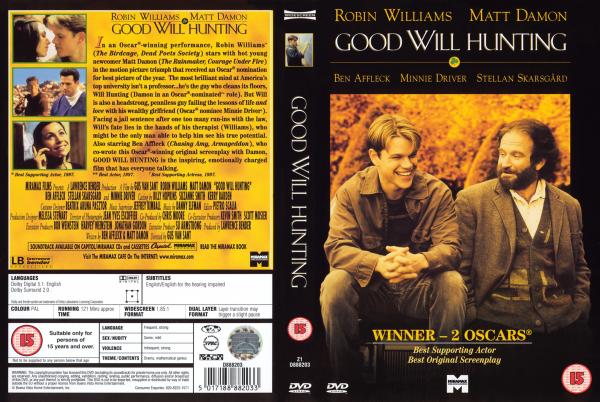 You’re not perfect, sport, and let me save you the suspense: this girl you’ve met, she’s not perfect either. But the question is whether or not you’re perfect for each other.

Sinopsis : Will Hunting, a janitor at M.I.T., has a gift for mathematics, but needs help from a psychologist to find direction in his life.

Review : Despite its coarse exterior, Good Will Hunting proves to be a rather positive and motivational experience. 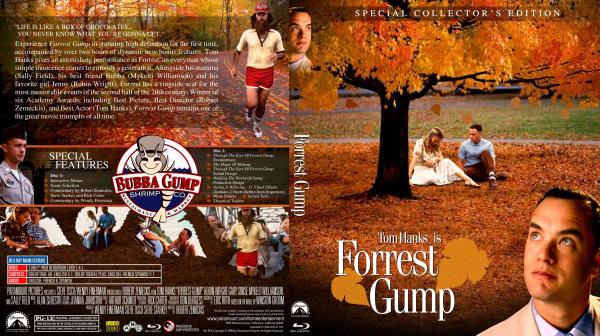 You have to do the best with what God gave you.

Sinopsis : Forrest Gump, while not intelligent, has accidentally been present at many historic moments, but his true love, Jenny Curran, eludes him.

Review : It’s a lovely and wise story told with honesty and acted out with unassuming grace. To his collection of medals, trophies and kudos, Forrest Gump should add an Oscar or two. ** 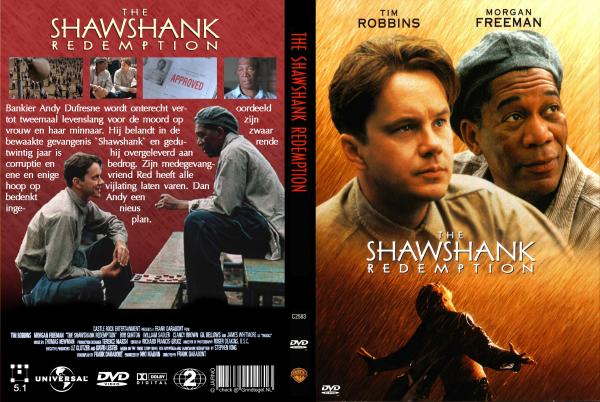 Remember Red, hope is a good thing, maybe the best of things, and no good thing ever dies.

Sinopsis : Two imprisoned men bond over a number of years, finding solace and eventual redemption through acts of common decency.

Review : Whatever you do, don’t listen to the people who say this movie is overrated because this is one of the most inspiring and greatest movies ever. It has everything you could possibly want. * 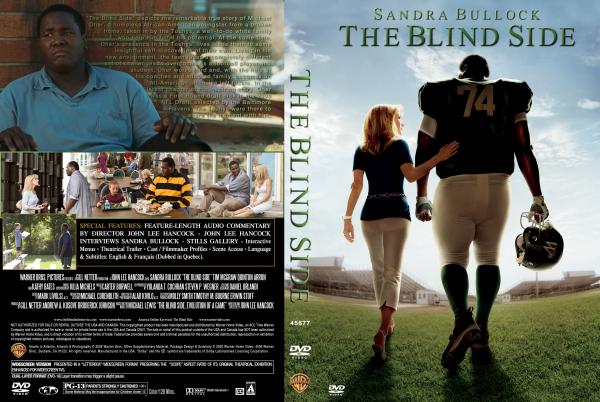 If you die trying for something important, then you have both honor and courage, and that’s pretty good.

Sinopsis : The story of Michael Oher, a homeless and traumatized boy who became an All American football player and first round NFL draft pick with the help of a caring woman and her family.

Review : Go and see it. And I really think both men and women will like this one. It has a very sensitive touch but still it has a lot of funny moments and it has football in it. * 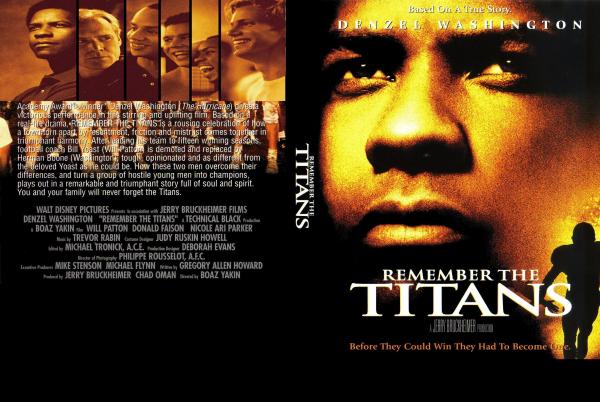 Sinopsis : The true story of a newly appointed African-American coach and his high school team on their first season as a racially integrated unit.

Review : This movie is more than just about football, race relations and integration. The lead characters excellently portray the human spirit, showing that everyone can overcome not just on the field but also in life. * 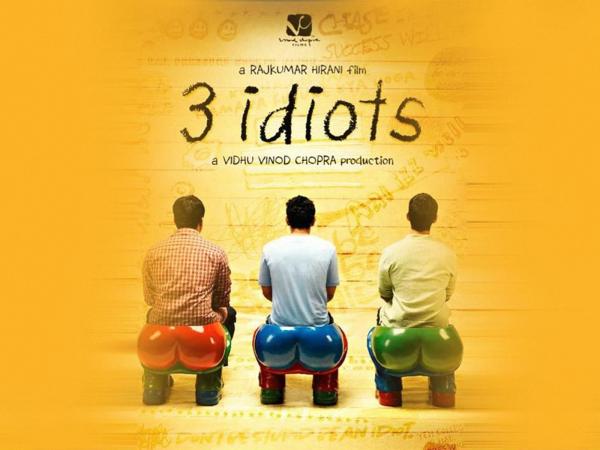 Most of us went to college just for a degree. No degree meant no plum job, no pretty wife, no credit card, no social status. But none of this mattered to him, he was in college for the joy of learning, he never cared if he was first or last.

Sinopsis : Two friends are searching for their long lost companion. They revisit their college days and recall the memories of their friend who inspired them to think differently, even as the rest of the world called them “idiots”.

Review : Despite its flaws, 3 Idiots conveys a powerful message about how valuable your friends can be when they push you toward reaching your own highest potential. ** 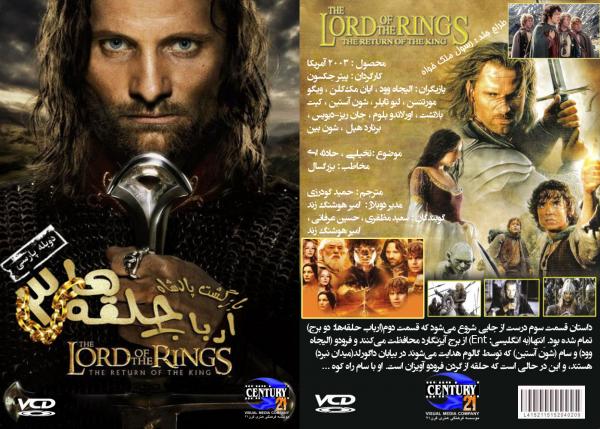 End? No, the journey doesn’t end here. Death is just another path, one that we all must take.

Sinopsis : Gandalf and Aragorn lead the World of Men against Sauron’s army to draw his gaze from Frodo and Sam as they approach Mount Doom with the One Ring.

Review : Wonderful on every level. Love the characters and special effects. One of the biggest, most massive battle scenes ever put on the silver screen. A great end to a monumental epic. ** 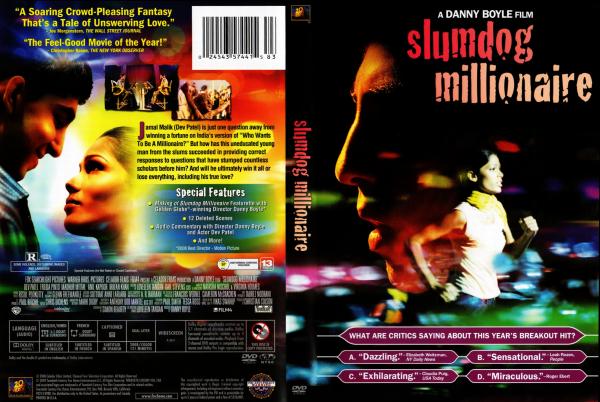 So are you ready for the final question for 20 million rupees?

Sinopsis : A Mumbai teen reflects on his upbringing in the slums when he is accused of cheating on the Indian Version of “Who Wants to be a Millionaire?”

Review : Heavy with humor, romance and suspense, Slumdog Millionaire is one of the best and most crowd-pleasing films of the year. **

Bleesed be the Lord my strength, which teaches my hands to the war, and my fingers to fight.

Sinopsis : Following the Normandy Landings, a group of U.S. soldiers go behind enemy lines to retrieve a paratrooper whose brothers have been killed in action.

Review : The film is directed by Steven Spielberg, and breaks new ground in content and style. It merges some of the most realistically disturbing battle footage ever included in a feature film with a touching human story. 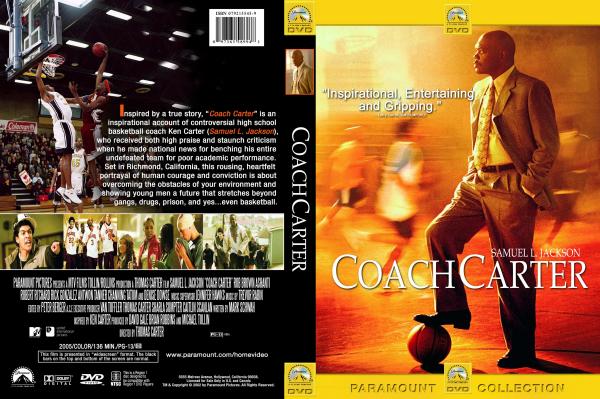 Sinopsis : Controversy surrounds high school basketball coach Ken Carter after he benches his entire team for breaking their academic contract with him. 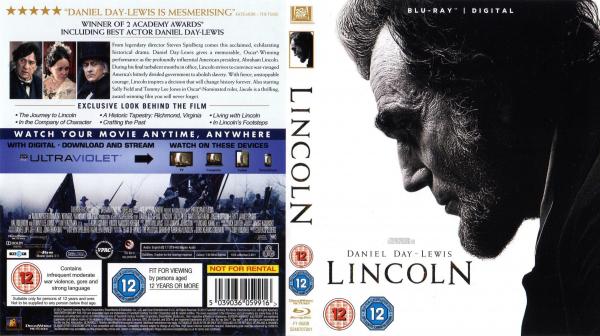 Sinopsis : As the Civil War continues to rage, America’s president struggles with continuing carnage on the battlefield as he fights with many inside his own cabinet on the decision to emancipate the slaves.

Review :This is a wonderful film, full of detail and behavior, and one that lifts broadened historical details into a poetic marriage of humanity and triumph. 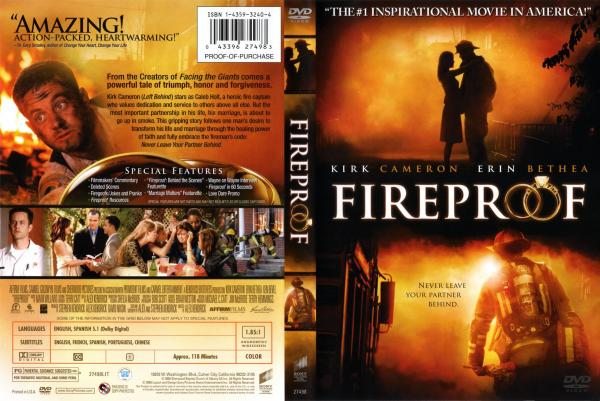 Fireproof doesn’t mean the fire will never come. It means when the fire comes that you will be able to withstand it.

Sinopsis : In an attempt to save his marriage, a firefighter uses a 40-day experiment known as “The Love Dare”.

Review : While hardly sophisticated in its approach and certainly not polished in its technical elements, the film does get its heartfelt message across with undeniable sincerity.