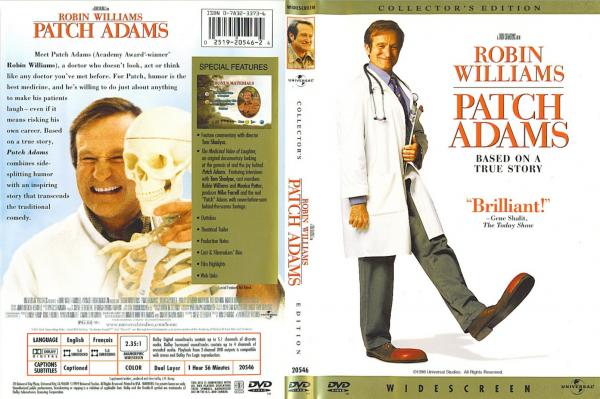 Sinopsis : The true story of a heroic man, Hunter Patch Adams, determined to become a medical doctor because he enjoys helping people. He ventured where no doctor had ventured before, using humour and pathos. *

Review : Laugh away your ills. 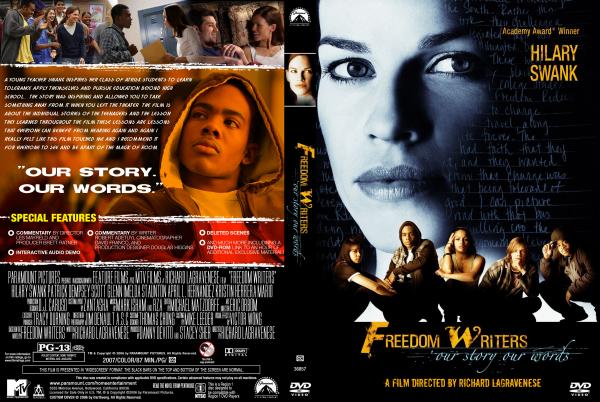 Justice doesn’t mean the bad guy goes to jail, it just means that someone pays for the crime.

Sinopsis : A young teacher inspires her class of at-risk students to learn tolerance, apply themselves, and pursue education beyond high school.

Review : This film was terrific! Very good! The acting by everyone, especially by Hilary Swank, was great. If you are in the mood for an inspirational film than you should go see this film. 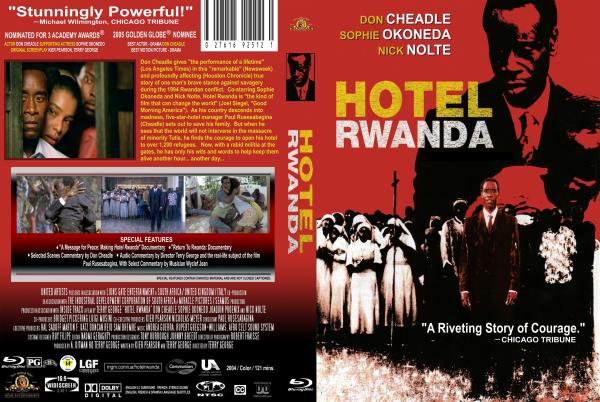 I think if people see this footage, they’ll say Oh, my God, that’s horrible. And then they’ll go on eating their dinners.

Sinopsis : The true story of Paul Rusesabagina, a hotel manager who housed over a thousand Tutsi refugees during their struggle against the Hutu militia in Rwanda. 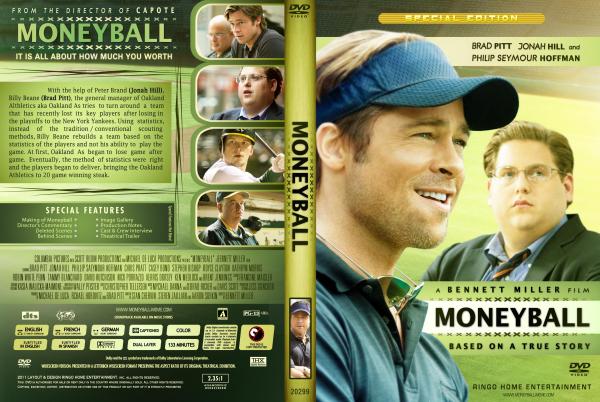 There is an epidemic failure within the game to understand what is really happening. And this leads people who run Major League Baseball teams to misjudge their players and mismanage their teams. I apologize.

Review : This is one of those rare movies that everyone should like, whether they are sports fans or not. 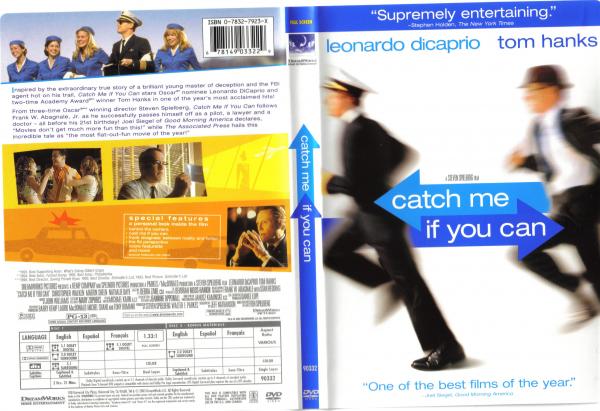 Sinopsis : A true story about Frank Abagnale Jr., who, before his 19th birthday, successfully conned millions of dollars’ worth of checks as a Pan Am pilot, doctor, and legal prosecutor.

Review : An engaging film that you are curious to see how it ends. 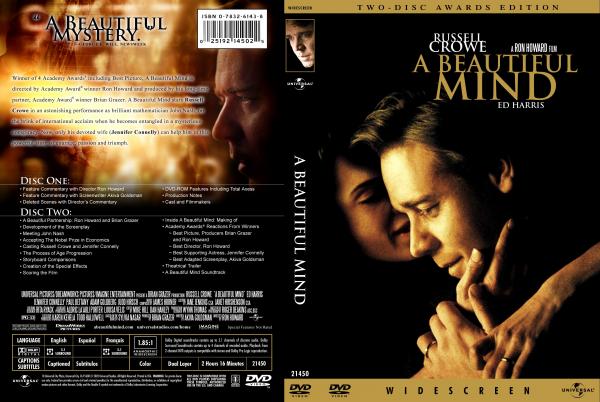 Imagine if you suddenly learned that the people, the places, the moments most important to you were not gone, not dead, but worse, had never been. What kind of hell would that be?

Sinopsis : After a brilliant but asocial mathematician, John Nash, accepts secret work in cryptography, his life takes a turn for the nightmarish.

Review : The story also comes up with a clever way for Nash to fight his problem: He uses his mind. His illness is a puzzle, after all, and he’s good at figuring out puzzles. You’ll root for him. 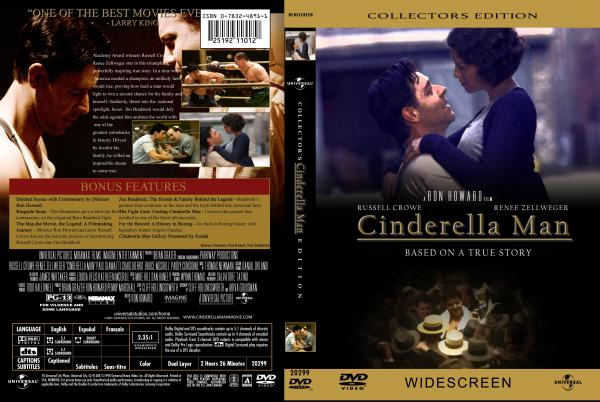 I have to believe that when things are bad I can change them.

Sinopsis : The story of James Braddock, a supposedly washed-up boxer who came back to become a champion and an inspiration in the 1930s.

Review : Just saw a preview of this film (opens June 3) and as shamelessly emotional as it is, I liked it very much. It provides a more visceral view of the Great Depression era than did another fine film, Seabiscuit. 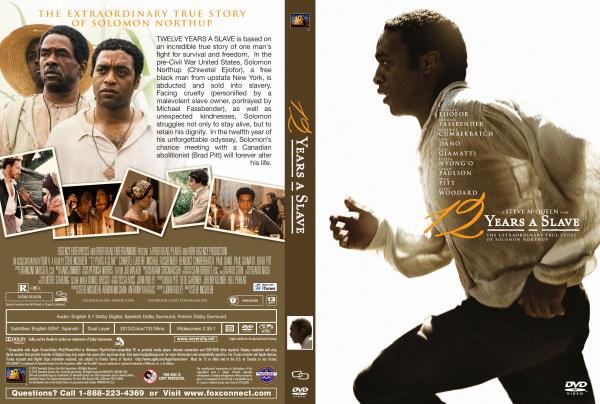 I don’t want to survive. I want to live.

Sinopsis : In the antebellum United States, Solomon Northup, a free black man from upstate New York, is abducted and sold into slavery.

Review : A disturbing but powerful portrayal of slavery in America 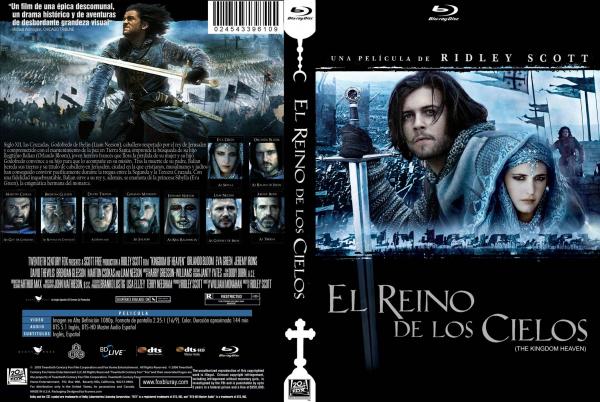 You are not what you were born, but what you have within yourself to be.

Sinopsis : Balian of Ibelin travels to Jerusalem during the crusades of the 12th century, and there he finds himself as the defender of the city and its people.

Review : Kingdom of Heaven is profoundly relevant for our troubled times. 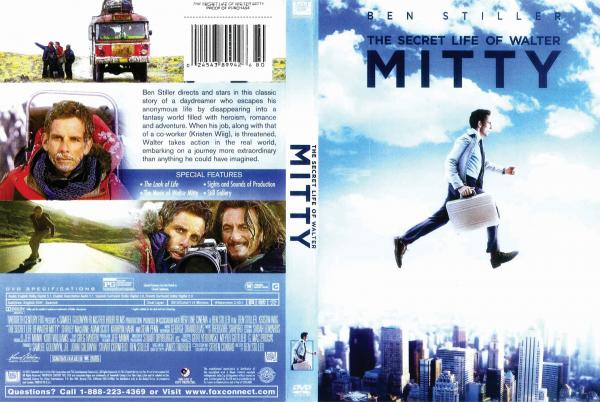 I haven’t really been anywhere noteworthy or mentionable.

Sinopsis : When his job along with that of his co-worker are threatened, Walter takes action in the real world embarking on a global journey that turns into an adventure more extraordinary than anything he could have ever imagined.

Review : The Secret Life of Walter Mitty provides fun and laughs, but also meaningful thoughts on life and how we choose to live it, along with a touching lead performance you’ll want to root for. 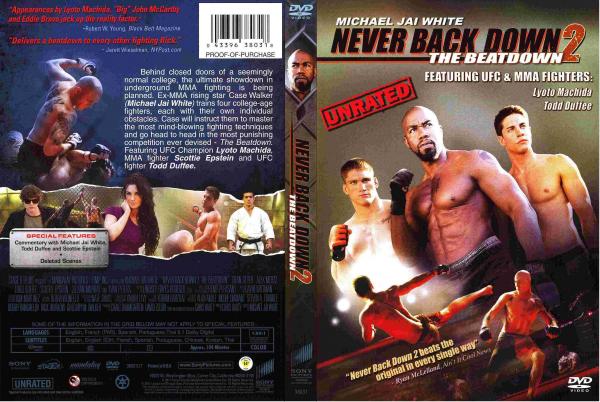 If you gonna be the best, you have to take out the best

Sinopsis : A frustrated and conflicted teenager arrives at a new highschool to discover an underground fightclub and meet a classmate who begins to coerce him into fighting.

Review : The three reasons to are: entertaining story, decent acting for a small movie (with a small part from Dijon Hounsou), and a good motivational message. 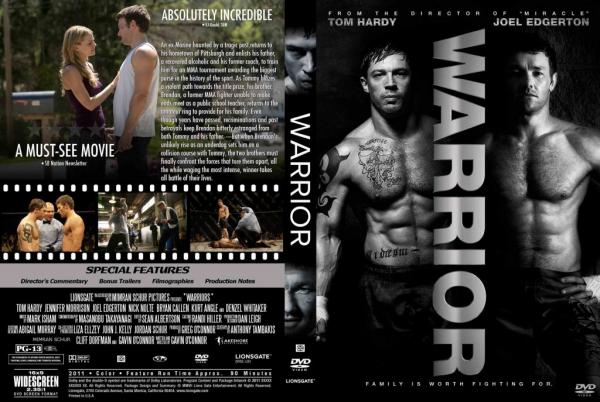 Sinopsis : The youngest son of an alcoholic former boxer returns home, where he’s trained by his father for competition in a mixed martial arts tournament – a path that puts the fighter on a collision course with his estranged, older brother.

Review : Very enjoyable movie that I hope gets the audience it deserves . 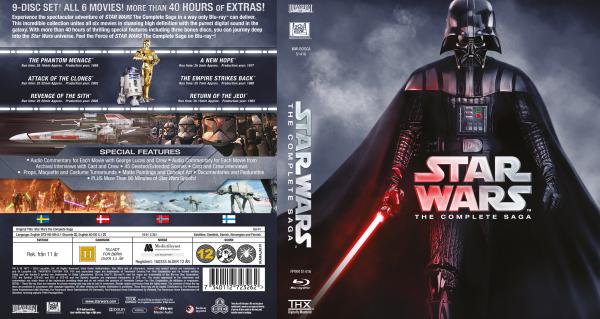 Sinopsis : Luke Skywalker joins forces with a Jedi Knight, a cocky pilot, a wookiee and two droids to save the galaxy from the Empire’s world-destroying battle-station, while also attempting to rescue Princess Leia from the evil Darth Vader.

Review : The masterpiece, the legend that made people, like myself stand in line for two hours at ten at night for the midnight show.

I want to change their minds. Not kill them for weaknesses we all possess.

Sinopsis : Gandhi’s character is fully explained as a man of nonviolence. Through his patience, he is able to drive the British out of the subcontinent. And the stubborn nature of Jinnah and his commitment towards Pakistan is portrayed. 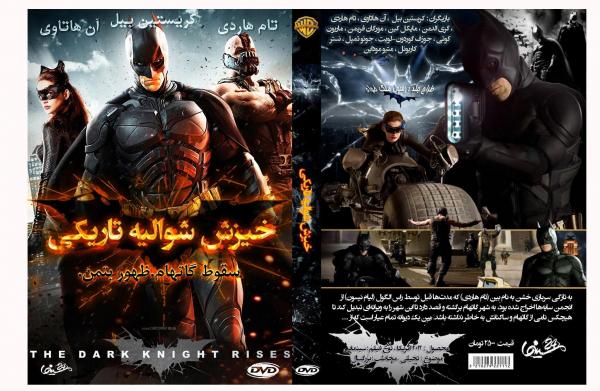 A hero can be anyone.

Sinopsis : Eight years after the Joker’s reign of anarchy, the Dark Knight, with the help of the enigmatic Selina, is forced from his imposed exile to save Gotham City, now on the edge of total annihilation, from the brutal guerrilla terrorist Bane.

Review : The best movie trilogy ever made. 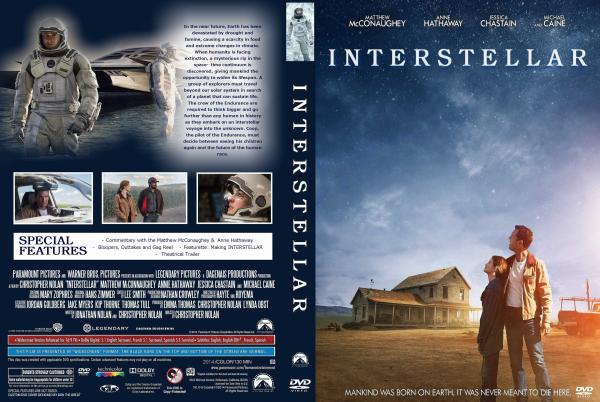 So listen to me, when I say that love is not something we invented. It’s observable, powerful. It has to mean something.

Sinopsis : A team of explorers travel through a wormhole in space in an attempt to ensure humanity’s survival.

Review : In my modest opinion, Interstellar is the best Sci-Fi in human history. 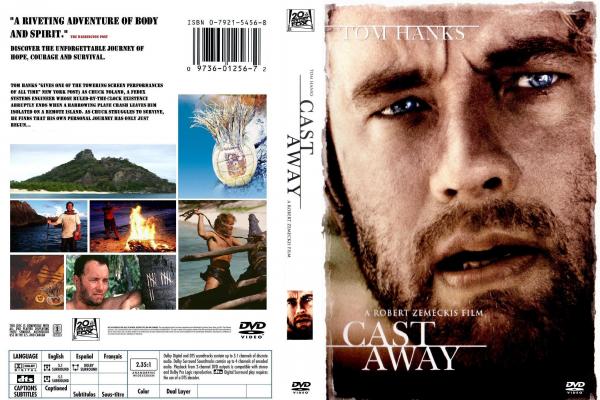 That’s a search area of 500,000 square miles. That’s twice the size of Texas. They may never find us.

Sinopsis : A FedEx executive must transform himself physically and emotionally to survive a crash landing on a deserted island. 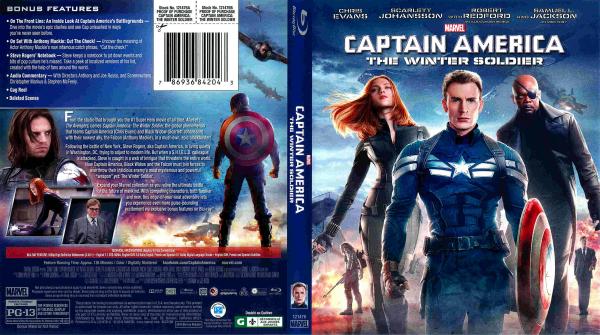 ‘Cause I’m with you ’til the end of the line.

Sinopsis : As Steve Rogers struggles to embrace his role in the modern world, he teams up with a fellow Avenger and Shield agent, the Black Widow, to battle a new threat from history: an assassin known as the Winter Soldier.

Review : A wonderful thriller, conspiracy and adventure that delivers a great great film. 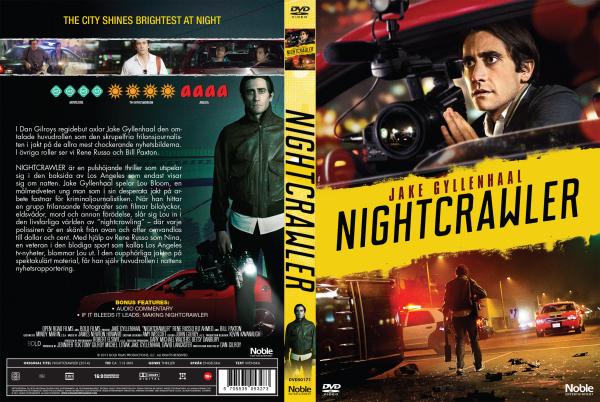 Do you know what fear stands for? False Evidence Appearing Real.

Sinopsis : When Louis Bloom, a driven man desperate for work, muscles into the world of L.A. crime journalism, he blurs the line between observer and participant to become the star of his own story. Aiding him in his effort is Nina, a TV-news veteran.

Review : It is not only an impressive first film but a brilliant film all around. I highly recommend it. 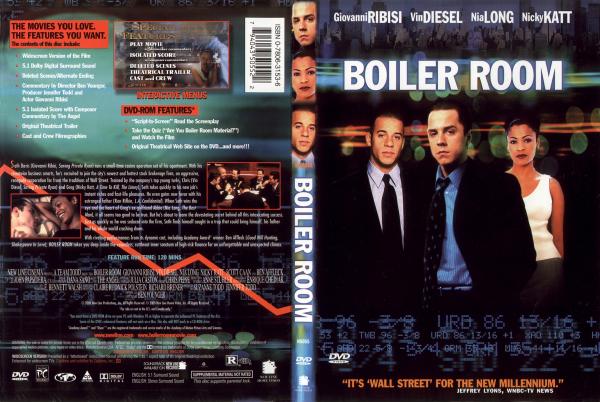 They say money can’t buy happiness? Look at the fucking smile on my face. Ear to ear, baby.

Sinopsis : A college dropout gets a job as a broker for a suburban investment firm, which puts him on the fast track to success, but the job might not be as legitimate as it sounds.

Review : Now unlike the characters in Boiler Room, im not trying to scam you out of your life savings- so stop reading these reviews and see the movie. You won’t regret it. 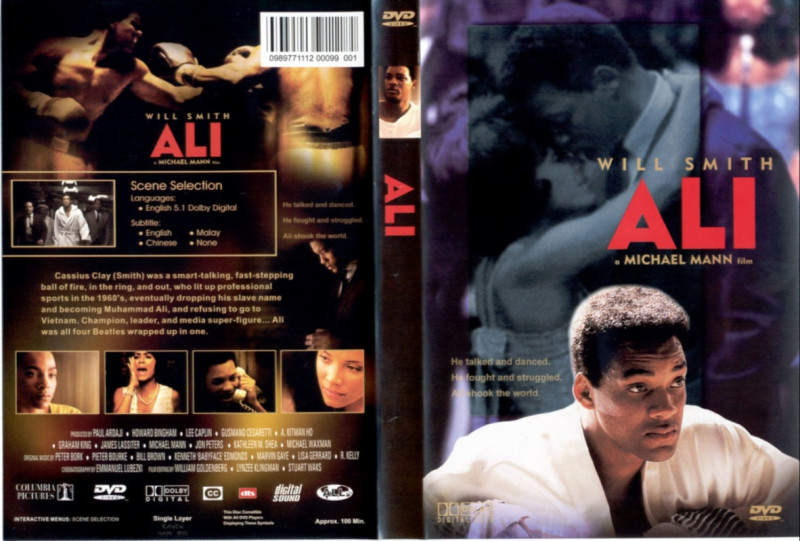 Float like a butterfly, sting like a bee His hands can’t hit what his eyes can’t see.

Sinopsis : A biography of sports legend, Muhammad Ali, from his early days to his days in the ring. 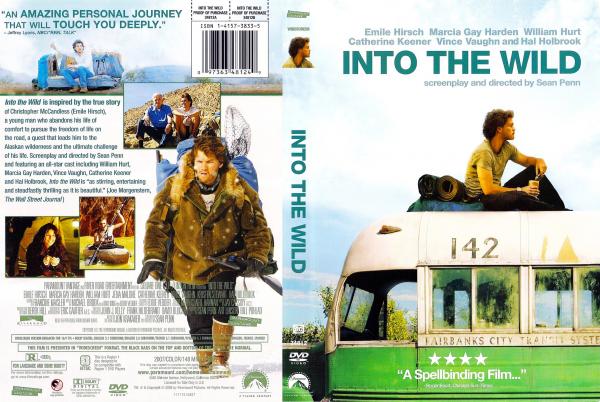 Happiness only real when shared.

Sinopsis : After graduating from Emory University, top student and athlete Christopher McCandless abandons his possessions, gives his entire $24,000 savings account to charity and hitchhikes to Alaska to live in the wilderness. Along the way, Christopher encounters a series of characters that shape his life.

Review : This is a movie of real beauty. It made me cry. I felt moved in a way that happens very rarely. It was an inspiration. 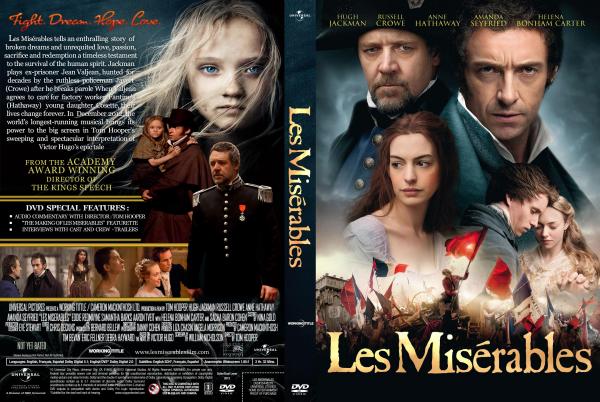 …then join in the fight that will give you the right to be free.

Sinopsis : In 19th-century France, Jean Valjean, who for decades has been hunted by the ruthless policeman Javert after breaking parole, agrees to care for a factory worker’s daughter. The decision changes their lives forever.

Review : It will leave you laughing, crying, and feeling inspired. A great watch, sure to win some major awards this year!

Review : The story of Team Rwanda is one of hope and inspiration. It was beautifully filmed and the story flowed quite well. 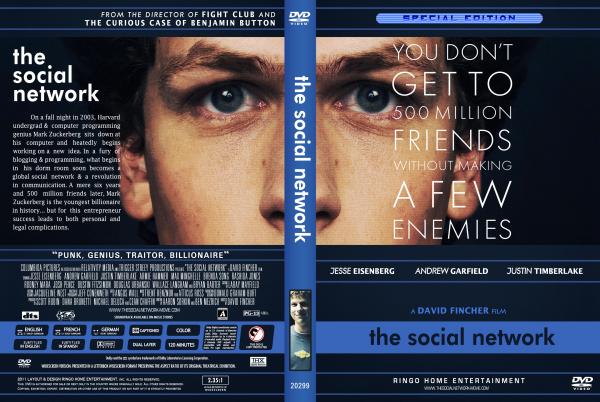 You know, I could swear he was looking at you when he said ‘The next Bill Gates could be right in this room’.

Sinopsis : Harvard student Mark Zuckerberg creates the social networking site that would become known as Facebook, but is later sued by two brothers who claimed he stole their idea, and the co-founder who was later squeezed out of the business.

Review : A timeless story of friendship, loyalty, greed and betrayal. 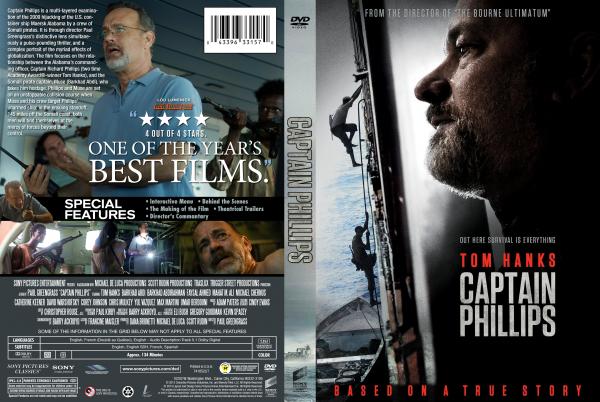 [speaking Somali] I know how to handle America. Give me the pistol.

Sinopsis : The true story of Captain Richard Phillips and the 2009 hijacking by Somali pirates of the US-flagged MV Maersk Alabama, the first American cargo ship to be hijacked in two hundred years.

Review : Captain Phillips delivers a tight, action-packed story fraught with none of the usual missteps of the genre, and if it is indeed rewarded with the highest of honors, it will be well deserved.